this is a photo taken one year ago.
the two boys on the right are mine, and

i didnt know whether to keep this find of mine, under personal and be silently happy… or click publish on my blog …

and so i have been quiet this year, enjoying the music and being inspired.

the story is about an old couple. the man is a retired army officer and his wife is a popular carnatic singer and scholar.

and how they gave of themselves, their home and their life’s work to train students to live, to teach and to love music.

when i went into the “gurukulam” , a photo of which you see, i saw only a battery of rules
1. women must be in a sari, girls must wear pavadai, kurtas for boys
2. a visitor must be served by a student of the gurukulam– welcomed, seen off and politely served a tumbler of water on a tray
3. music is learnt by listening and silence
4. there’s nothing like singing under a tree
5. learning to make a masala chai and a dal tadka is also part of the training
6. no science please — no science after standard 10 if you are serious about music. the girls go on to study BA music or BA Sanskrit. Some students are working on their PhDs. Several have won scholarships. Many sing regularly in kutcheris and the All India Radio.
7. your evenings are for music — 6 pm to 10 pm will be spent in the gurukulam
8. students as young as 7, learn to answer the phone by prefixing their conversation with a traditional “namaskaram”, they answer calls that the musician auntie gets, fix appointments, teach a music lesson to a junior, do a ‘thoppukaranam’, sweep the floor, and are on their toes …
9. and the couple dont charge a single ruppee for their labour of love

i saw the students bustling with a certain joie de vivre, their eyes sparkling, and their smiles cheery and laughter loud..

this is where i wanted firstborn to learn music, i thought.

i was interviewed by the old colonel for an hour and a half, and then he said “no”.

nope. firstborn doesnt fit into the gurukulam scheme, he said.

I wailed
even if i didnt want the music training from maami (as everyone calls the famous musician), i wanted the army training from the maama (old colonel)– dust the mats, spine straight, throw a ball, repeat a tune, repeat again, again, learn a a sanskrit word , serve water to the guests, see them off and a million other things under his watchful eye.

and i wailed loudly.

but there is a spot for firstborn he said. He can join the “music class” only — twice a week, taught by maami’s student in maami’s way.

so that’s where we are now.
A year of music — trained in maami’s scholarly but simple way

not from mayamalavagowlai
but from the 5 note ragas that have distinct voices
mohanam, suddha saveri, amrithavarshini…

and music is not a music class without chanting, says maama.

and firstborn now know adityahrudayam and the mahishasuramardini stotram

and a few words of sanskrit

and to jam with firstborn, i extricated my own veena from a forgotten cobwebby place to make more music…

we listen to maami’s lilting training CD in the evenings, and in the car…

It’s a beautiful musical ride so far. I still feel that firstborn would benefit from the gurukulam training, under maama’s watchful eye — even if firstborn doesnt take up music for life…

and my recent moment of motherly pride came when firstborn , unprodded, unbidden, identified the raaga of a karadi tales rhyme — ma “that’s valachi”

i thought someone took a photo of the moon tonight.
ma, ’twas lightning.

my dad presented a NIKON coolpix for my birthday.

i have a tough time prying it out of the hands of baby param … he takes pictures of the insides of nostrils, cricket bats and to-be-mopped floors …

i wanted to show him the article about a family
that did this http://www.theregister.co.uk/2013/09/07/canadian_family_lives_like_1986/

of course, it’ll have to wait till he can read 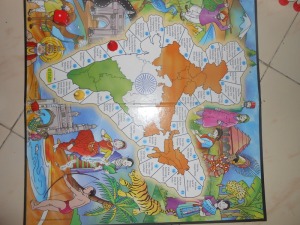 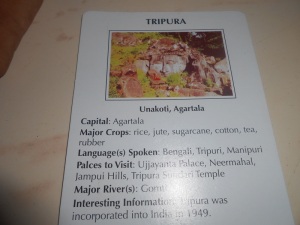 it’s gotten firstborn to know all the states and capitals and union territories of India, the rivers, the crops and the languages — and since it doesnt come out of a textbook, the learning is fast and furious.

i didn’t know gujarat’s capital city.all this while i thought it was ahmedabad. ouch.

i didnt know there was a river in my own home state called ponnaiyar. eeps.

but i can name all the northeast states.. and capitals, but i didn’t know aizawl; and i know that too, now. yay!

and i cant IMAGINE, how people teach for a profession. i need to record my #epicfail
and heck i only had a 15 minute session.